The biggest WTF this week is that Dan has pneumonia … again. For the second time in three years. It seems so unlikely, considering he is only 41 and has only been really ill twice in the 15 years I’ve known him. And the last time was during the holidays as well. I’m not saying it’s intentional, but he’s definitely our own personal Grinch. 😉

So … I’ve put together some recent photos for WTF Wednesday to distract myself from nursemaid hell.

We recently went to Michigan, and our rent car had this little “warning” sign that kept popping up on the speedometer.(Look near the 10 mark. Click if you need to enlarge.) 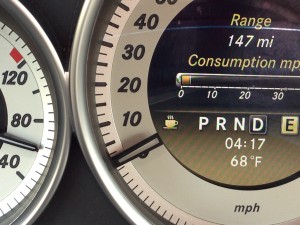 Is that a coffee cup? Were we running low on caffeine? I meant to look it up in the manual, but forgot, so if you have a clue, please leave a comment.

Then there was this lady on the Parking Spot shuttle. 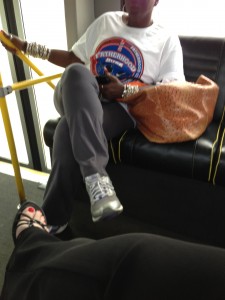 Have you ever seen so many bracelets? All I could think was 1. it’s really loud when she moves. And 2. Those have to be wicked heavy.

Once home, I was switching purses and noticed several “treasures” that clearly didn’t belong to me. How did wiggle eyes and the lid to a teapot find their way in there? And, did I really carry a teapot lid all the way to Michigan and back?! 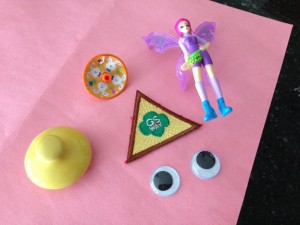 And finally, there’s this. When I saw this guy, it took me several seconds to figure out exactly what was going on with his head. 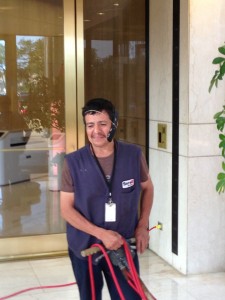 He was sweet enough to let me take his photo, so the real WTF here is why are we all spending so much on Bluetooth when all we need is a rubberband?

This past summer I ordered something from SkyMall, and have been receiving all kinds of cheesy catalogs ever since. A few weeks before Halloween another load of catalogs arrived, and the one below caught Anabella’s eye. She decided we should look through the catalog and pick out our favorite thing on every page. So we flipped through, page by page, her pointing out things she liked and me doing eyeball rolls in my mind. (The clothes are not exactly my style, or probably anyone’s style for that matter.) 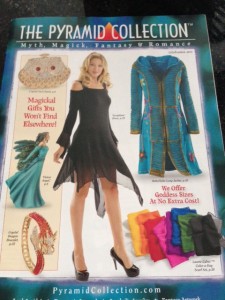 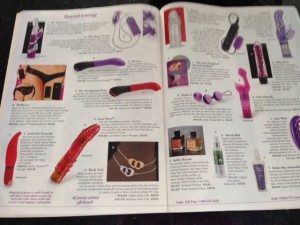 Of course I was completely shocked. And I certainly didn’t want to have THAT conversation, so I quickly threw the catalog across the room. Anabella was completely stunned (she was probably thinking WTF? herself!), so I distracted her by saying “Let’s go get some ice cream and watch SpongeBob!” Worked like a charm and everything was right in the world again.

However, WTF Pyramid Collection people? I didn’t ask for your catalog, and the least you could do is add some sort of disclaimer to the front if you are going to sneak a page of adult toys and S&M jewelry into the middle.

Frankie Stein and the Wicked Witch thoroughly enjoyed Halloween. We hope you did too! 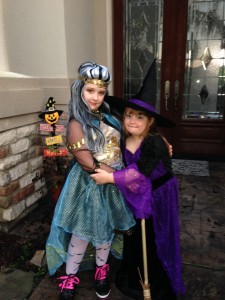 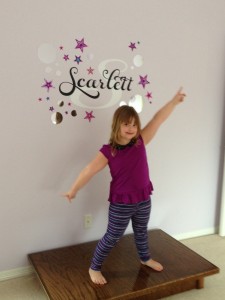 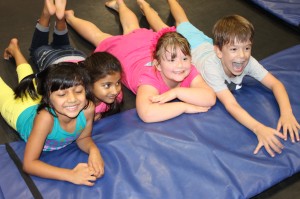 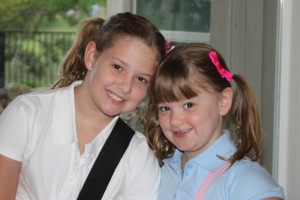 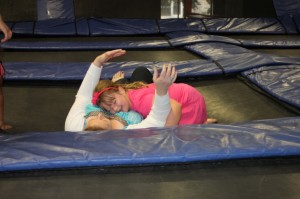 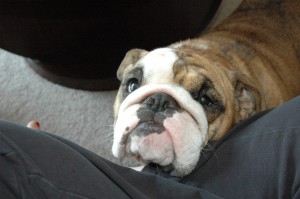 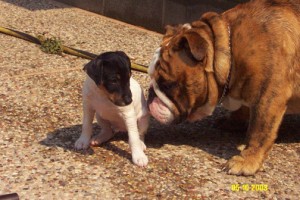 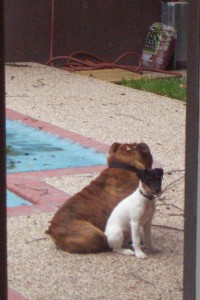 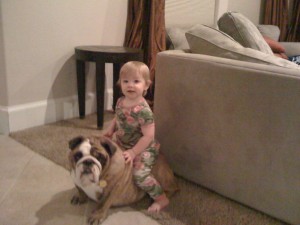 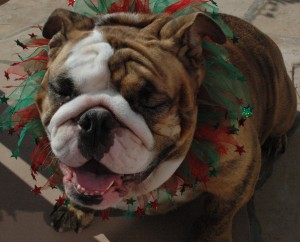 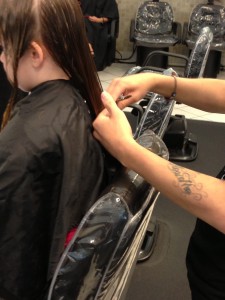 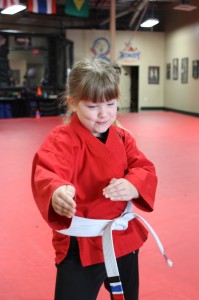 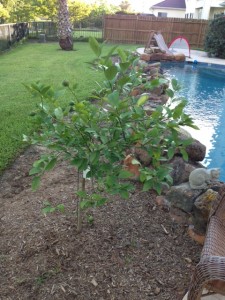 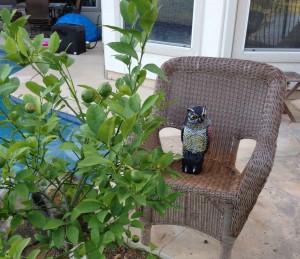 A friend and I were recently discussing Mexican Coke, when the Dr. Pepper equivalent came up (because Dr. Pepper shut down the plant, which I hadn’t heard about). Due to my old age, I couldn’t remember what they called the Dr. Pepper version, so I Googled it. This was the first thing that came up in the search results. 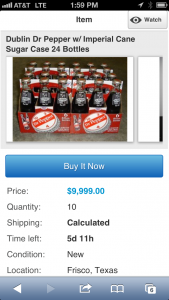 That’s right … 24 bottles of Dublin Dr. Pepper are selling for $9,999 on eBay. That is cuckcoo! Seriously, I love Mexican Coke and would be very sad if they closed the plant that makes it … but I wouldn’t pay $100 for 24 bottles of it, much less $10K. It definitely tastes better with real sugar, and I GET why people cherish it, but WTF? I need to go back and see if someone actually bought it.

So, I’ve posted about this before, but apparently some people aren’t getting the memo. Your car is not a person. It’s doesn’t need eyelashes … or in this case, a mustache. (Dan’s thoughts? “That gives new meaning to the phrase ‘mustache ride’.” Ugh. Men.) 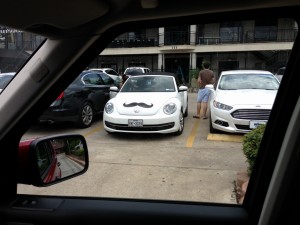 I’m willing to give a pass to the folks who decorate their cars at Christmas with wreaths or deer antlers and noses, but this is just stupid. 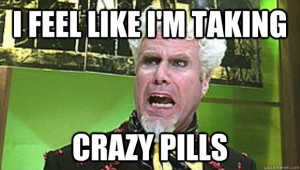 I rarely write about work, mostly because I am extremely happy there and that is boring, but I got so heated at work last night that I feel the need to share. The whole story isn’t worth telling, just a moment of complete hypocrisy and unfounded accusations on the part of a known douche, but it totally threw me into one of those moments. You know, the moment where you just want to scream at someone and punch them in the face because they are so f*cking ridiculous that your head almost explodes. That was me. Red-in-the-face, ranting-and-cussing mad. And at the exact moment that I decided to hit mute and scream “Oh my God, you are f*cking asshole!” at the phone, the poor cleaning lady opted not to come in and empty the trash in my office. Ha. That will teach her.

Luckily my boss was sweet enough to let me rant and rave until I felt a little better, but I have to say the absolute hardest part of working in Corporate America is holding my tongue and not calling B.S. when I see or hear it. Seriously. The self-control last night was just short of a miracle or some sort of divine intervention.

P.S. Any other Zoolander fans out there? I adore Will Ferrell in that movie.