I was recently sitting in the lobby of Massage Envy waiting for my appointment, when a man who worked there approached me.

Man: Hi, Rhonda. Do you remember me?

Man: I’m Jeff. I knew you when you dated Gilmer.

Me: (laughing loudly) I can assure you I have NEVER dated anyone named Gilmer.

Man: Sure you did.

Me: (Completely dumbfounded … going through list of men in head .. sure there was one Bubba, but that was short lived…)

Man: Jonathan GILMER Lastname. (a man I lived with for over a year when I was 20.) He was a good friend of mine.

Me: Are you kidding me? (start to laugh uncontrollably)

Me: He told me he didn’t have a middle name!! I always felt bad for him because his name was so generic. I lived with him for f*ck’s sake! I can’t believe he lied about that … (rambled on for a while longer)

Poor Jeff. I think I did manage to ask if he was married and such, but I wasn’t listening (his name might not even be Jeff). I just couldn’t let go of the G. R. (Gilmer Revelation)

So there it is. I have officially dated a Bubba and a Gilmer. Next thing you know, I am going to find out Dan’s real name is Navin or Englebert.

— The B.S. Cafe is now serving a renewed satisfaction with my own middle name. 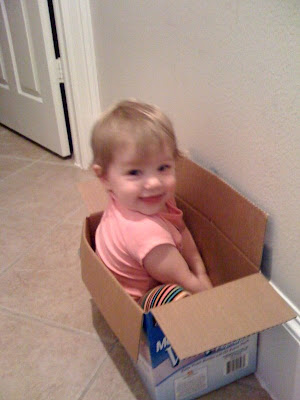 I think Laura is on to something here … Scarlett seems more cat-like every day. Except she’s not nearly as tidy.

I received several comments about meeting Troy Aikman, so I decided to dig out the photo and force you all to relive that glorious day with me.

This was taken in August of 1996 at Cowboys training camp in Austin, Texas. Thousands of people were there that day watching practice. As the day was wrapping up, a guy walks up to me in the bleachers and says “Would you like to meet Troy Aikman?” I thought he was joking, but I said “OF COURSE!” and he handed me a little ticket. (Come to find out, they randomly picked 50 people a day to meet him.) So, the guy tells me to be over by the fence in 10 minutes and walks off. I then go into full panic mode…I had been sitting out in the blistering heat all day…I probably looked and smelled like crap, and this is when I am suppposed to meet the man of my dreams?
Despite the 110-degree temperature, and the fact that I am no athlete, I sprinted to my car, took my hair out of the pony tail, put on makeup, changed shirts, and sprinted back…all within my 10 minutes.
Things to notice: 1.) I am not sweating. Apparently adrenaline is quite powerful. 2.) I am holding my heart…it was beating so fast I thought I was going to die…pretty close to how I felt when I saw that big ass spider in my garage 3.) This picture is completely out of focus. That is because my friend Kelly (she is Ms. Popular Butt in the linked post), who scored a ticket after I raced off to the car, was shaking so bad she couldn’t take the photo. Her picture with Troy looks very similar! 🙂

The funniest thing about this meeting was that I could not make myself talk. Nothing. I know, totally crazy and almost unbelievable. He was all Mr. Small Talk….”it sure is hot”…”glad you came out today”…”are you from Austin?” I don’t think I answered anything with more than one word…”yep”…”thanks”…”no.” Idiot.

So that was first meeting with Mr. Troy Aikman. I met him once again, about 2 years later, and had a similar experience (where I turned into a total moron). Guess it wasn’t meant to be. Although, he did marry a girl named Rhonda….

Long gone for me are the days of funny dating tales, but today I was reminded of a particularly funny story from my single days. I was at Target (of course) and my checkout person was named “Marcello”…a name I haven’t come across in a long time.

The last time I met a Marcello was in my early 20’s. He was a very cute Italian guy that hung out in a bar my dad was spending a lot of time in (dad was going through a very nasty mid-life thing). Marcello was funny and charismatic and sexy and my dad hated him, so he was perfect. We spent an entire evening at that dive bar talking, much to the chagrin of my father, and he finally asked me out on a date. I agreed to meet him out the next night and we had a wonderful evening…he was really easy to talk to and he was one of those guys who makes you feel like the center of the universe. So when he asked me out again, I was really excited. (My dad called twice to tell me what a tool Marcello was before our second date.)

He picked me up, we went out to dinner and a movie, and then we went back to my place. I went into the kitchen to make us a drink and Marcello hung his coat on a chair in the dining room. We sat down and started talking. Out of the corner of my eye, I notice my cat Eddie is playing with something on the floor. I didn’t give it a second thought until a total look of panic crossed Marcello’s face.

Eddie had pulled a very long strand of condoms out of Marcello’s jacket and into the living room, practically throwing them at my feet. I don’t know how many were there, but it was at least 15 or 20 condoms. How ridiculous is that?

Of course I almost died from laughter, and while Marcello was laughing, I could tell he was really worried about what my next reaction was going to be. I let him know that it wasn’t a big deal, but then after more awkward conversation, I sent him on his way. I mean, geesh, it’s one thing to hope you are getting “lucky,” and then there are preposterous expectations.

So that is how my cat Eddie saved me from Marcello. (But not the Marcello at Target. He still nailed me for $175. HA!)