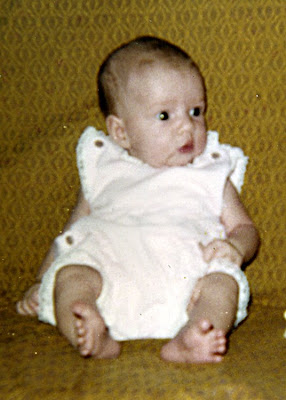 I’m all grown up now, but you can tell this is me by the red hair and the “WTF?” look on my face. Apparently some things never change.

This has been a pretty decent day. Not the BEST BIRTHDAY EVER, but I am keeping a pro/con list and so far the pros are winning. (I’ll update this as the day goes on.)

PROS
1. 11 phone calls, five text messages, several in-person well wishes, four emails and four e-cards so far (including one from Omar!)
2. Treated to lunch by KB – free pizza from CPK, because they goofed and put basil on mine
3. Complimented by strangers on my car, my blouse and my purse today
4. Cake – twice! (Thank you Agustin for the Crave cupcakes!)
5. Been shot at by confetti guns four times and haven’t died from the shock
6. I share my birthday with NCS (who is also 39 today), my aunt Cynthia, my sister-in-law Stephanie, Matt D., and my sweet little friend LTR, who turned 12
7. The celebration continues until Saturday (margaritas and Mexican food with close friends)

CONS
1. Checked mail for birthday cards – found jury summons instead
2. 364 days until 40
3. Sick from so much cake this week 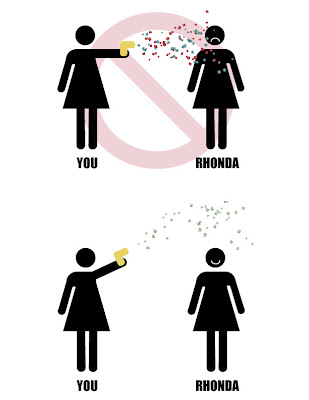 (Agustin was also responsible for the confetti guns, but luckily he provided directions.)

I made the rounds to some of my favorite blogs at lunch and there seems to be a common theme these days … the economy, bad times and general blah-ness.

And it’s much of the same going on here, which is why I haven’t been blogging. I haven’t enjoyed much free time (Dan has been traveling a lot), and it’s all been doom and gloom lately, so I didn’t want to bring you all down. Work life (still at AIG) a total mess? Check. Personal life (big demands, little resources) taking a toll? Check. Family drama and turmoil (my poor dad is sleeping on my couch … don’t ask)? Check. Turning almost 40 this week? Check. Want to run away? Check.

I am still a “half-full” girl, but lately I’ve needed some help staying there. While driving in the car this weekend, Anabella was noticing all the wild flowers … naming off the colors … and then she stops and says “Mommy, those flowers are for you. ALL the flowers are for you.” Of course that got me all teary-eyed. How sweet! What a precious little girl. I spent the rest of the afternoon in one of those “I should appreciate the things I have” moods.

Not five hours later, I am changing into sleep clothes and Anabella laughs and points to the back of my leg. “That’s bumpy!”

— The B.S. Cafe is now serving a little reality to a certain three-year-old girl. That’s cellulite, Anabella, and you will know all about it in approximately 20 years.

Q: What are three things that don’t exist?

Here is photographic evidence to the contrary. This man had several interesting additions to his macked-out Dooley pick-up. I’ve pointed out the best below. 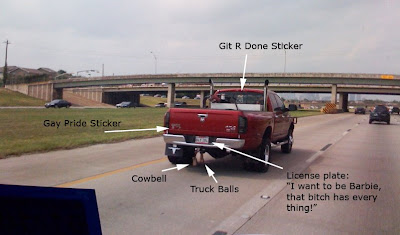 Disclaimer: I have no issues with being gay or a Redneck. It’s just not a combo I have ever seen in my 38 years living in Texas.

It’s all Dan’s fault this is late. Believe me, I am thinking “WTF?” all day every day, I just haven’t had time to post about it. (But he is home today, so he’s totally forgiven!)

So here’s two-weeks worth of “WTF?” stuff. 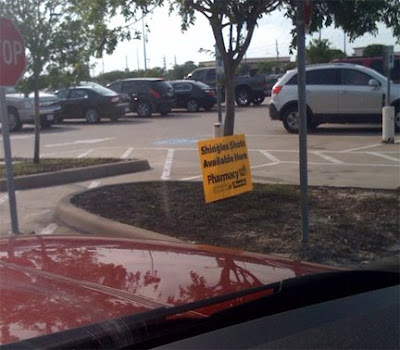 I’ve been worried about Swine Flu all week, and what I really should be thinking about is Shingles? 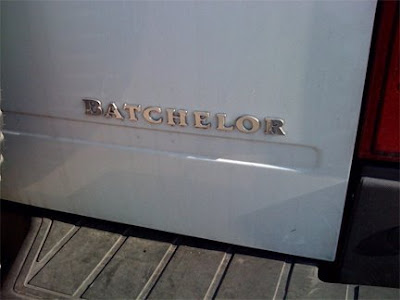 Ummm, maybe you are still a BACHELOR, because you can’t spell and you don’t even take the time to spell check before you emboss your car. 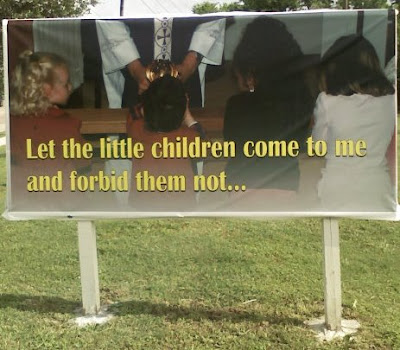 Hmmmm. Is a comment really necessary? Maybe if we left the head on the priest it wouldn’t seem so … you know. 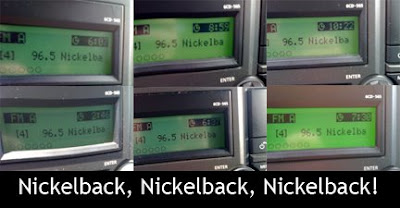 Dear Range Rover: Why does my car love Nickelback so much? Nickelback is never playing and 96.5 is not an all-Nickelback station. How about giving me my Money-back for the piece of crap satellite radio that doesn’t know the difference between Nickelback and Taylor Swift? 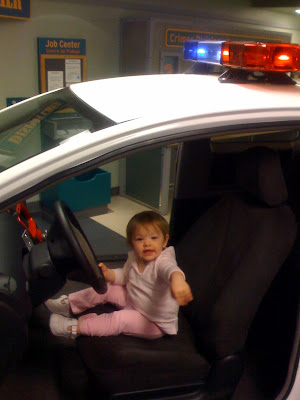 Dan has been traveling for over a week now, and although I am not totally alone in the endeavor to keep my children safe and sound, I still feel like I have been hit by a very large truck. Maybe even a bulldozer. Whatever it was, I’m the roadkill. Scarlett summed it up yesterday … 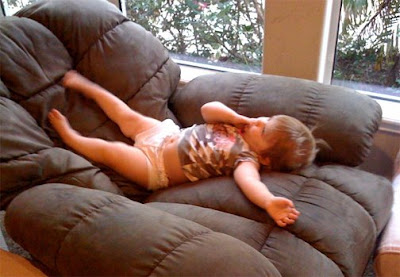 I really wasn’t expecting it to be this hard. Dan traveled a lot when Scarlett was a newborn, and that was exhausting too, but something about working full-time and then coming home to two toddlers (one of whom refuses to go to bed before 9:30) is beyond difficult.

So, first I’d like to give a shout out to all the working, single moms. Holy crap, you ladies deserve an award! Second, while I would like to whine some more about poor me getting my ass kicked by a bunch of half-pints, I really just wanted everyone to know why I haven’t been blogging.

And since I am sleep deprived and clearly on the road to depression, here’s a fun exercise … a way for you all to make me feel better. (I stole the idea from a local radio show.) PLEASE entertain me with your witty comments. I need something to keep me awake until at least 10 p.m. And I might even give a prize.


Name something that the Internet has ruined forever.

— The B.S. Cafe is now serving a large helping of parental exhaustion with a side of “what the hell happened to my life?”