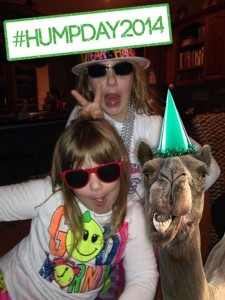 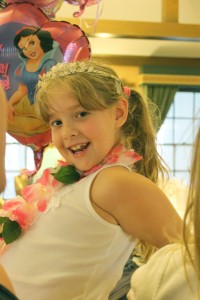 My first born is 7 years old today. Old and wiser people are always telling me that children grow up really fast and today I finally understand. Seven years has gone by in the blink of an eye. And she is such an independent little girl these days … no longer a little mini-me who just wants to make me happy. (I’m going to miss those days!) But I’m looking forward to watching her grow into an amazing young lady. Smart, confident, independent … that is my wish for her.

When I got home last night, Anabella and Scarlett were at the kitchen table drawing with the nanny. I picked up a few of their drawings to take a look and was really suprised to see that my children were drawing penises. 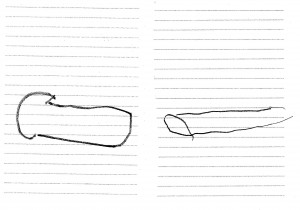 I calmly asked Anabella “what are these?” to which she replied, “It’s the monorail at Disney!”

Of course. And your mommy is a perv. 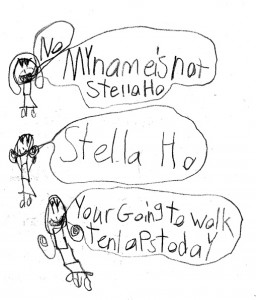 I found this drawing in Anabella’s backpack this morning … totally stumped on what to do. Ignore it? Ask her about it? Say something to her teacher? Do I really have to talk to my 6-year-old daughter about what a “Ho” is?! Geesh.

Thoughts? I am open to any and all suggestions!

I had a most excellent, albeit fairly PG dream about Ryan Reynolds last night. (I didn’t realize I even liked him, but apparently my subconcious likes him … A LOT.)

So, Ryan and I are on a cruise ship. He is beautiful, of course, and I am a much better version of myself. My hair is longer and thickier, and I am in a bikini … and I look good in it. He is super sweet … we are holding hands and laughing and talking. He suggests we go for a swim.

So we dive into the ocean and frolic about a bit, when I notice my cell phone on the ocean floor. And it’s ringing. It’s my friend Kristy. Ryan looks at me and says “I’ll get it sweetie.” He dives into the water and comes back with my phone.

I tell Kristy I will call her back. Ryan kisses me gently. I open my eyes and gaze deeply into his.

At which point, real me wakes up to see Scarlett standing by my bed rubbing her eyes.

Ah, Scarlett. One, more information than I need at 5 a.m. Two, you have awful timing.

Kindergarten was a bumpy road for us, and the last day proved to be no different. Dan didn’t have a car that day, so he walked Anabella to school in the morning. Well I guess Ms. Thing decided she was a “walker” and got into the walker line at the end of the day and marched right out of the school all by her little lonesome. Out. Into the neighborhood. Alone. My FIVE year old. Are you f*cking kidding me, kindergarten?!

She made it home safely. And thank goodness Dan was home, because I’m not sure what her next decision would have been if he wasn’t. But needless to say, I totally freaked out. I spent at least two hours thinking of all the horrible things that could have happened to her on the short trip to our house. Then, I called and left a heated message at the school.

After FOUR days of radio silence, I sent an email to the prinicipal. She responded promptly, and said all the right things, but I am STILL waiting on her investigation results — I mean seriously, WTF? How did that happen? Anabella has been going to YMCA aftercare every other day of the school year. Stupid f*ckers. Yes, I am still completely worked up after a week and a half. It just makes me wonder exactly how safe our kids really are at school.

Okay, so anyway. I was in LA a few weeks ago for work and came across this sign in the kitchen of our offices. 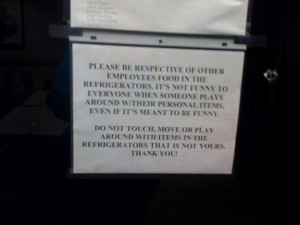 Sorry it’s blurry but I was laughing pretty hard when I was taking the photo, because I had asked the security guard who was also in the kitchen what the story was behind the sign, to which he replied in a deep Southern accent “who the hell knows with these people.” He continued to tell me it was probably something to do with animal rights or organic farming. ha! Turns out he was from Oklahoma, and although he had lived in LA for many years, he wasn’t impressed with the “natives.” According to my friend, not only are they weird about food, but they also can’t drive in the rain. So there you have it.

This is Scarlett’s new pose for EVERY photo I try to take. 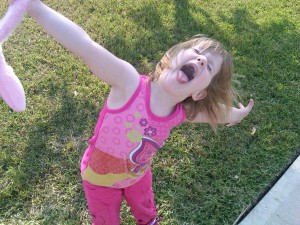